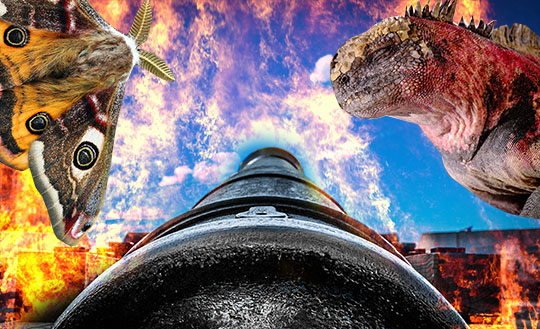 On this month's episode of The GroupGets Laboratory, Particle Squared empowers Audio-Mothra and Radar-zilla to team up and defeat the new Lepton Breakout Board, and the VM5G swarm. AudioMoth Round 8 and Spark X A111 breakout board campaigns are also just about to close. 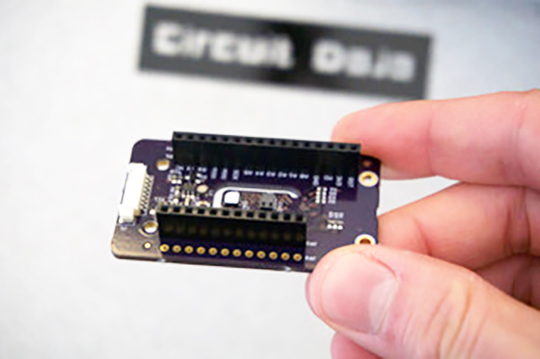 One month after the inaugural clash of the technological titans, mankind is still reeling from the encounter. Eager to make his mark on history, a young inventor by the name of Jared Wolff has designed an all in one air quality sensor, the Particle Squared. This powerhouse of a sensor can analyze post monster battle air and measure particulates, volatile compounds, temperature, and humidity. Scrubbed of debris and monster particles, the air was recorded to be the cleanest in history. This was a grand occasion, except for an unfortunate fact...monsters and mad scientist love clean air! They can’t live without the stuff! (Please don’t fire me). Let’s hope that no one foreshadows the fact that clean air caused more monsters, because it didn’t. 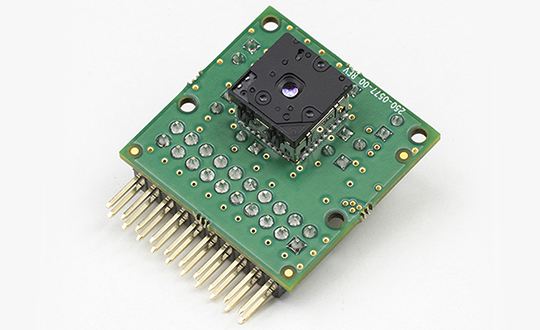 OH NO! The sudden rush of clean air has given mad scientists around the world a renewed burst of vigor to create more monsters. Feeling empowered from the clean air, the mad scientists at FLIR have created a new beast in unassuming matte green: THE FLIR Lepton Breakout Board v2.0. This one breaks out much more Lepton core I/O and supports VSYNC for ensuring that video streaming has a consistent frame rate, especially with the 3.x cores. 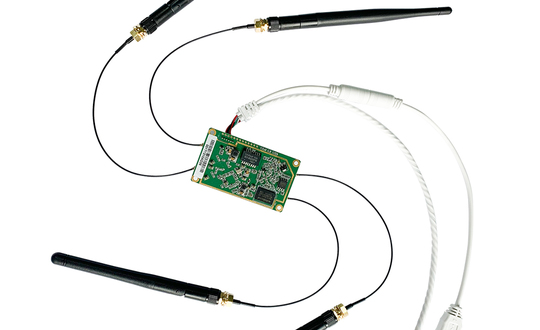 Keen to capitalize on the sudden burst of clean air fueled energy, the secret organization of VONETS developed a new approach to monster mayhem. The new VM5G mini Wi-Fi bridge module was their answer. Able to broadcast speeds of 300Mbps / 2.4GHz + 900Mbps / 5GHz up to 300 meters, the VM5G was put on every corner of every city. Thanks to its support for SSA protocol, hotspot hosting, UART/UDP data transmission, and a litany of other standard features, VONETS was able to execute their plan with ease. Order 66 was reliably broadcast across the world, turning any internet connected device into a technological zombie. IOT enabled appliances stormed the streets, drones took to the air, and smartphones swarmed. This rag-tag horde of devices left mayhem and destruction in their path, dirtying the recently cleaned air. It would take more than one legendary monster to defeat this mob... 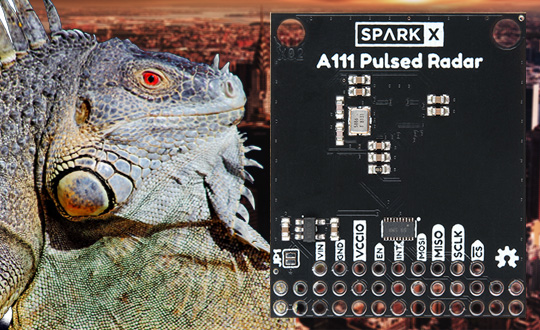 Last we heard, Radar-zilla had retreated from the English Channel after its encounter with Audio-Mothra. Taking time to lick its wounds and enjoy the noticeably clean air, Radar-zilla was feeling much better. Some say the monster seemed distant in its last fight, but now it was stronger than ever. The Radar-zilla project by SparkX is now fully funded, and almost ready to ship. Radar-zilla will lumber into the world on September 22, ready to fight its toughest battle yet. We can only hope that it triumphs against the VM5G swarm. 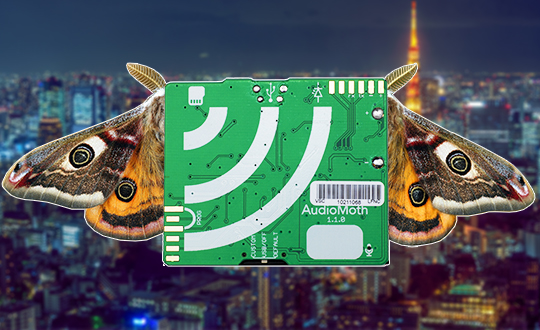 Audio-Mothra was consumed in the heat of battle, silently eradicating waves of the VM5G swarm. Mobs of IOT toasters, soap dispensers, and kitchen sinks erupted into the air by the dozens, yet the onslaught continued (seriously, there is an IOT connected AI faucet now). The legendary Audio-Mothra was a fine beast, but something was off during its eighth encounter. It seemed to be fighting at half strength, as though the campaign was half funded. This was a pivotal moment, Audio-Mothra round 8 was already 50% funded and needs support to reach full funding. Audio-Mothra may finish its fight sooner than expected, so make sure to get yours today. Who would come to Audio-Mothra’s side to help defeat the VM5G swarm? The world may never know.

Turns out the world will know. Radar-zilla teamed up with Audio-Mothra and beat the swarm, partnering up for an epic clash. It was an incredible sight, and a once in a lifetime event. Anywho, things calmed and the world needed to protect themselves against the swarm. Percept System’s NetThermal is here to help for a second time. Built around the PureThermal Mini - Pro, FLIR Lepton, and Onion Omega 2+, the NetThermal is able to reliably stream thermal imagery over wi-fi. The first deployment of NetThermal against the monsters was such a smashing success, it would be silly not to bring it back. This is a great opportunity to get your first wi-fi enabled thermal imager, and stay safe from monster attacks. Oh wait, NetThermal streams over wi-fi, and could technically become part of the VM5G swarm if it ever comes back… Guess there’s going to be another monster themed newsletter. 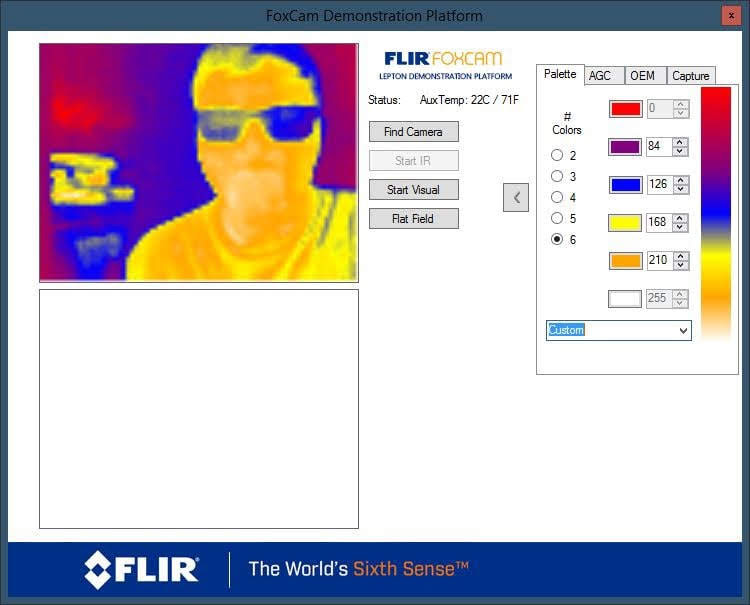 FLIR recently released a new version of their PocketCam/FoxCam GUI software to us. Now we can sha... 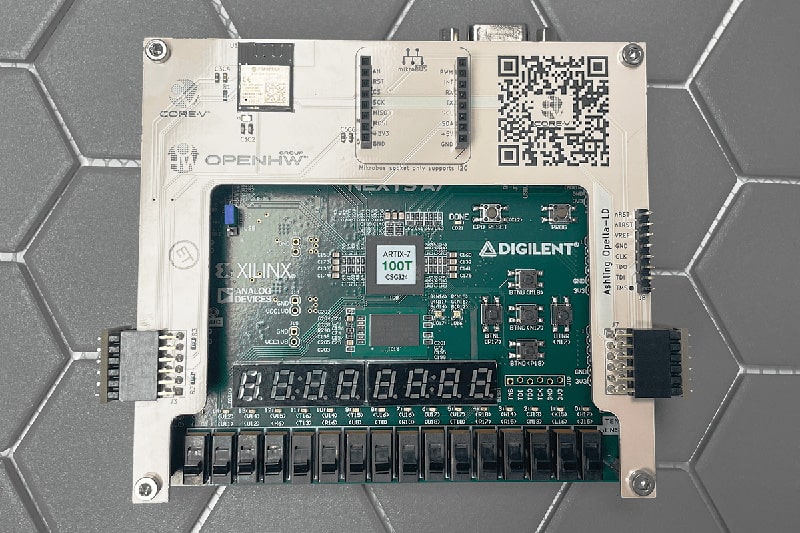 Your Excuse to Stay in for Memorial Day Weekend

Happy end of May and Memorial Day! In case you regretted any plans you made for the long weekend,...

This is our 100th newsletter - thanks for being a GroupGetter! There's plenty more to celebrate i...