Hop on the mikroBus

Another month. Another round of craft hardware updates. We've got a new low-code offering via Hackster Launch with more compelling campaigns on the way. The official AudioMoth IPX7 case is back. The nRF9160 Feather LTE cellular module is now in the green with just a week left to still get in. We've got something cooking with OpenMV and ATMegaZero is a great form factor remix. 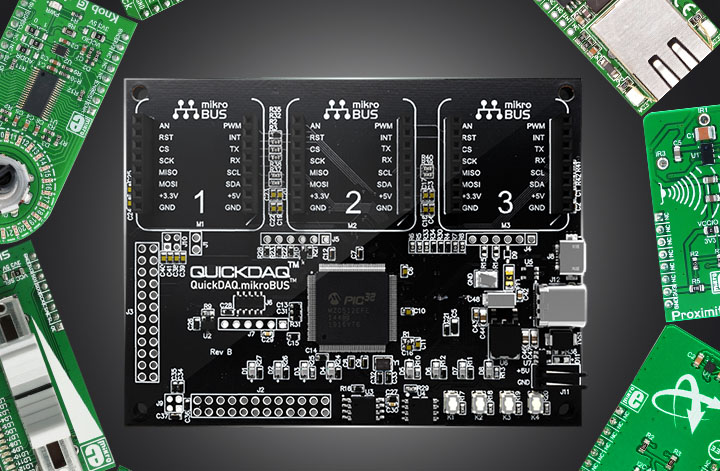 With our latest Hackster Launch campaign, we could see the late Bob Pease asking "what's with this low-code stuff, anyhow?" Bob once wrote that he prefers to program in solder and while we get that, Embeddetech provides a compelling low-code solution with the QuickDAQ.mikroBus Next Generation Development System. Their aim is to make low-level firmware development for MCUs more accessible to all solder and digital programmers alike. The scope of this "Node-Based Visual Programming" kit is impressive with a deep integration with MikroE's Click hardware ecosystem. You are not limited to Click however, and can just as easily interface custom hardware. The best way to get your head around this is to watch their excellent video in the campaign, and then back it and hack it. 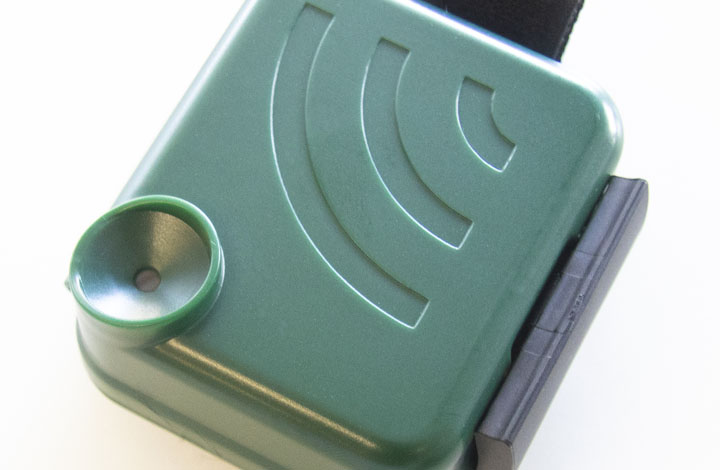 Feedback from the first batch release of the official AudioMoth acoustic logger IPX7 case was incorporated into the now-final design and we have some in stock. Even before we made any announcement, some hardcore AudioMothers found it in our store and our remaining supply is pretty limited. If you need one, come and get it. Like now. Add an AudioMoth and get $10 off your order. We already ordered more so if you miss this batch, we'll get you next time. 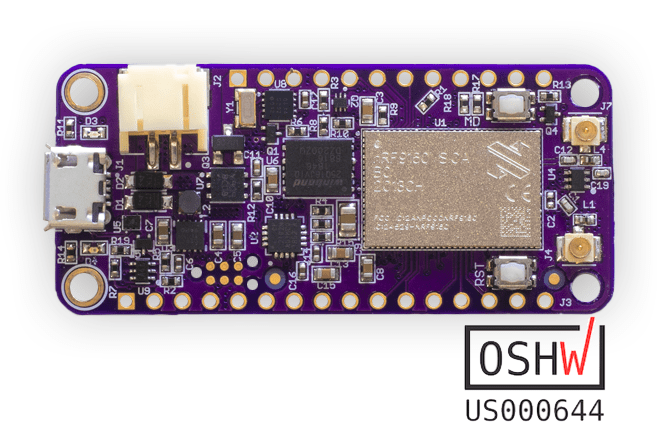 We see you on the Twitters sharing this campaign for the Nordic nRF9160 Feather LTE cellular module and we preciate ya. We're excited to announce that this Hackster Launch campaign has finally hit 100% with just one week to go so get in while you still can, and know that this will 100% ship. The other good news is that Circuit Dojo has been hard at work trying to eliminate the need for an expensive external programmer for the board and nailed it. He tweaked the MCUBoot bootloader and command line tools to boost loading speeds by 10x. This means that loading via the bootloader is nearly as fast as using an external programmer! And that you don't need to drop another $50 on a programming setup. 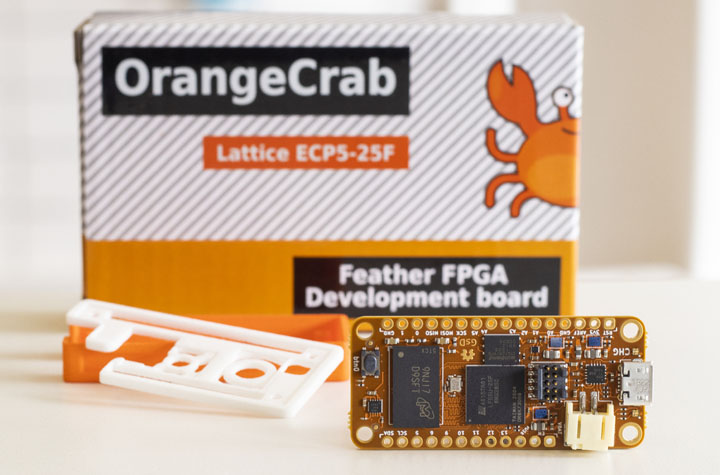 The OrangeCrab FPGA development kit featuring a Lattice ECP5 is starting to feel itself with its shiny new box and so are we. For a limited quantity of 20 units, get its 3D printed case for free using the promo code "CRABCASE" during checkout in our store with one OrangeCrab and one case in your cart at checkout. Limit one per customer.

Get Crab in a Case 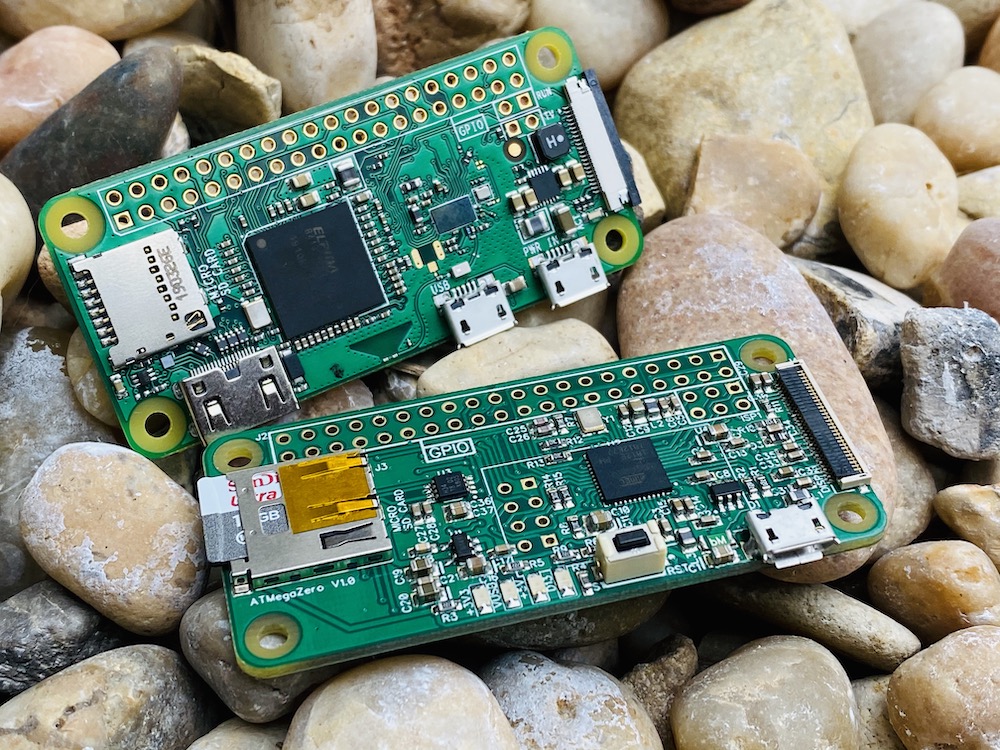 Form factor remixes are fun and this one is especially. Eddie Espinal, aka 4hackrr, put an ATMega MCU on the Raspberry Pi Zero form factor and while clever, we honestly see real utility with this. Say you want to use a hat or breakout designed for the Pi Zero but still need lower power consumption, this board could be a great solution for that.

You know how prototype cars are driven around with alternate bodies and covers to throw off the scent of the final design? That's sort of what this image is doing with a lower-resolution thermal sensor but the headline here is that we've teamed up with OpenMV for a special thermal-focused version of OpenMV. The current OpenMV Cam H7 version lets you add a FLIR Lepton via a shield but we both agreed that it was time for the H7 and the Lepton to get a little more committed. Expect a major new release designed to take OpenMV software and thermal vision to the next level via Hackster Launch later this year. 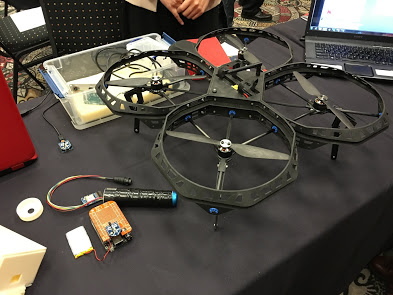 GroupGets' CEO Ron Justin traveled to Las Vegas to be one of four judges for the University of Ne...

Snow is gently blanketing the landscape in the Northern Hemisphere, fires are being built in the ... 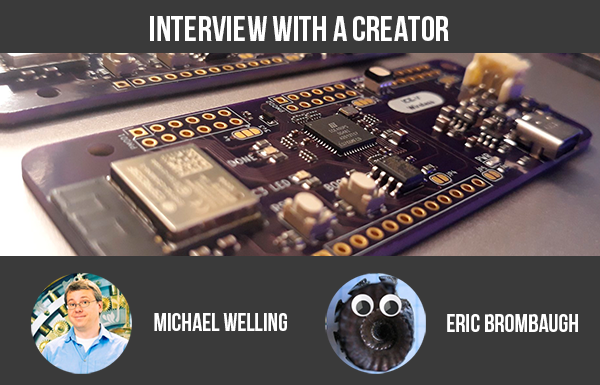 We interviewed the creators of the ICE-V Wireless, an ICE40UP5K+ESP32-C3 development board. Micha...